Simply sign up to receive our free Wealth Daily newsletter, and we'll immediately email you our new investor report.

3 Types of Legal Marijuana Stocks to Own Now

It's considered the largest cash crop in the U.S.

I'm talking about marijuana. And according to UN data, it's valued at about $142 billion.

To put that into perspective, the global coffee market — one of the most valuable commodities on the planet — is valued at about $80 billion per year.

Take for instance, Canopy Growth Corporation (TSX: WEED) — one of the biggest producers of cannabis on the planet.

It's one of the biggest winners in the marijuana space to date. Check it out: 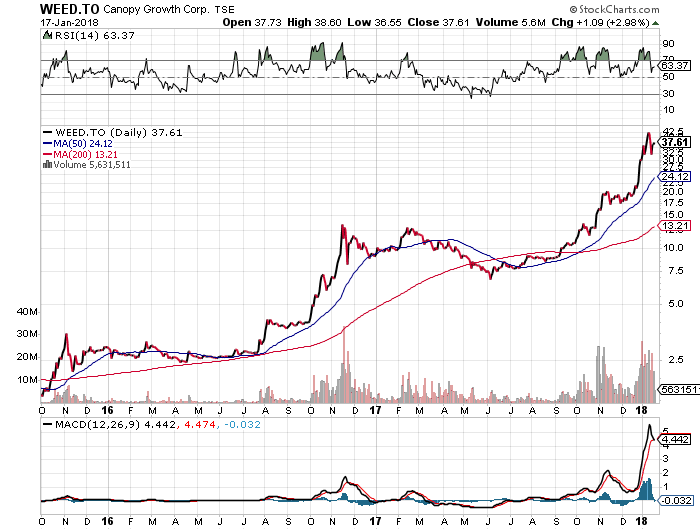 Or consider Aphria, Inc. (TSX: APH) — another cannabis producer operating out of Canada but also boasting assets in the U.S. and Australia. 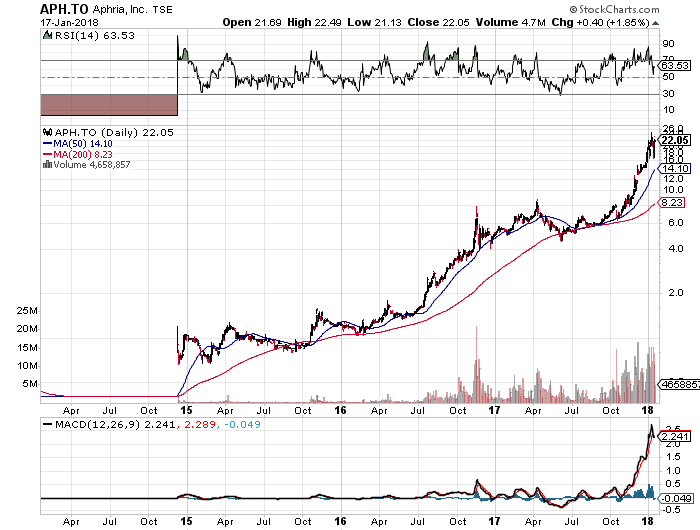 Imagine putting $50,000 in APH in early 2016 and cashing out less than two years later. That would've put an extra $1.1 million into your pocket.

In fact, in our latest legal marijuana outlook report, "Marijuana Outlook: Best Stocks to Buy," we highlight three types of legal marijuana stocks that are poised to be the next big winners in the space. You can access this report, which includes the names of some companies and their ticker symbols, by entering your email address in the field below.

NO-SPAM PLEDGE: Under no circumstance will we EVER rent, sell, or give away your email address for any reason. Unsubscribing from your Wealth Daily e-letter subscription is quick, easy, and painless — with just a few clicks.View our privacy policy.